Our History & Who We Are Today 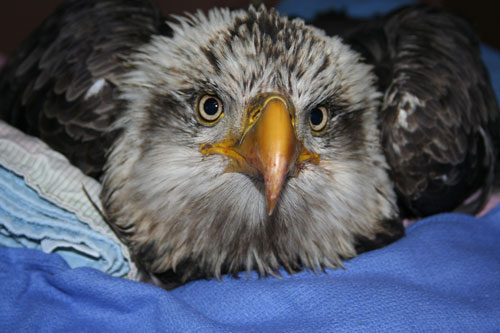 Ohio Bird Sanctuary is a private non-profit organization that was founded in 1988. (originally entitled the Richland County Raptor Center). The Sanctuary was operated from the private farm of Chris & Gail Laux. It began as three enclosures built adjacent to a barn that housed the first educational birds and the barn itself was used to condition birds for flight. Over the next 10 years four flight cages were designed and built to condition recovering raptors for release and additional enclosures were constructed to house the growing educational collection. The first 10 years established the Sanctuary as serving an important need in the community. 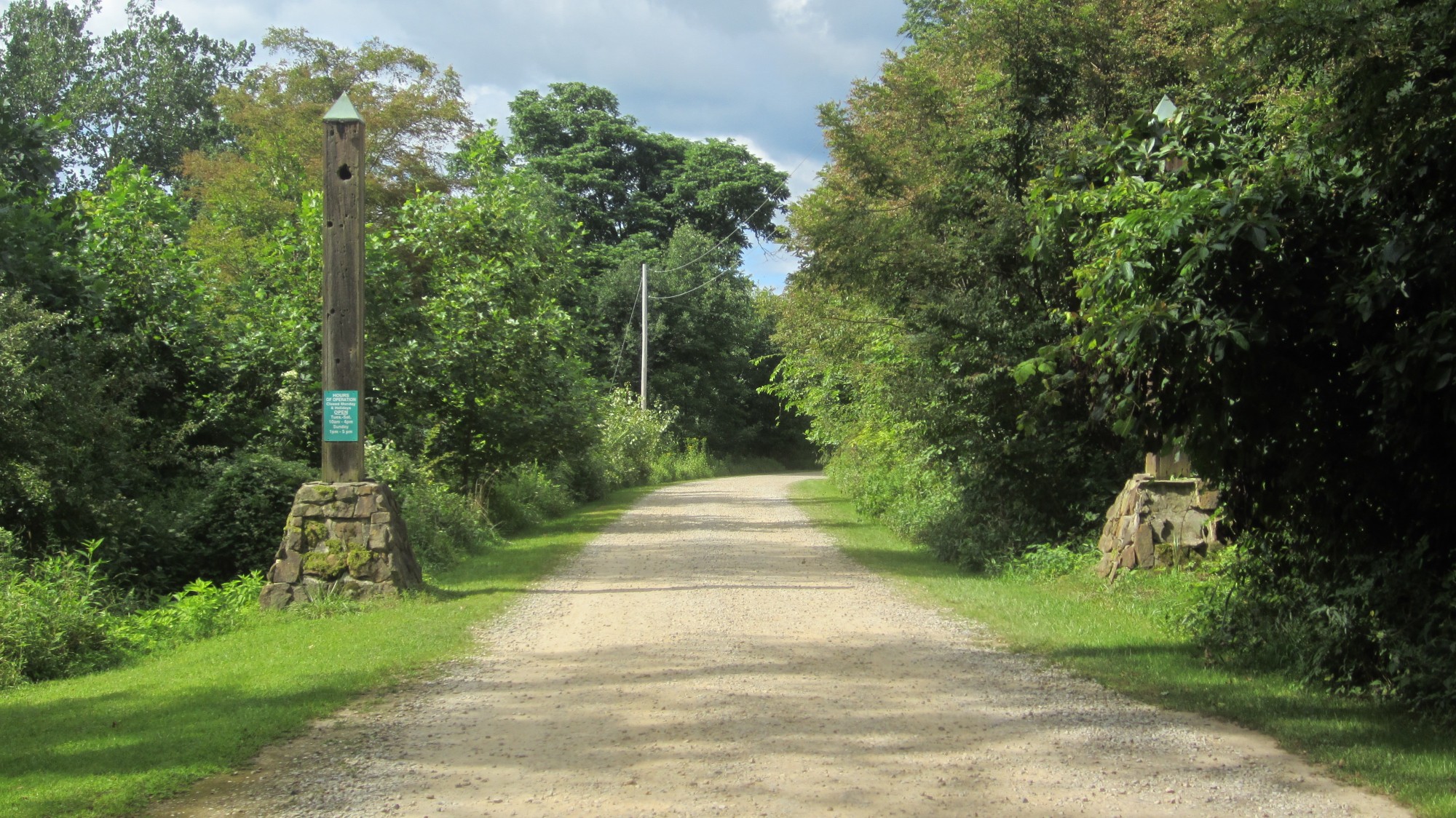 By 1992 it was became apparent the Sanctuary was outgrowing its current location. The Board of Directors located an ideal piece of property for the Sanctuary in 1995 at the site of Boy Scout Camp Avery Hand. The Sanctuary leased 52 acres of the camp from the Scout Council that included an existing entrance, drive, a-frame building and storage garage. The relocation of the Sanctuary provided a permanent home for the organization and the opportunity to become a public and integral part of the community.

A Facility available to the Public 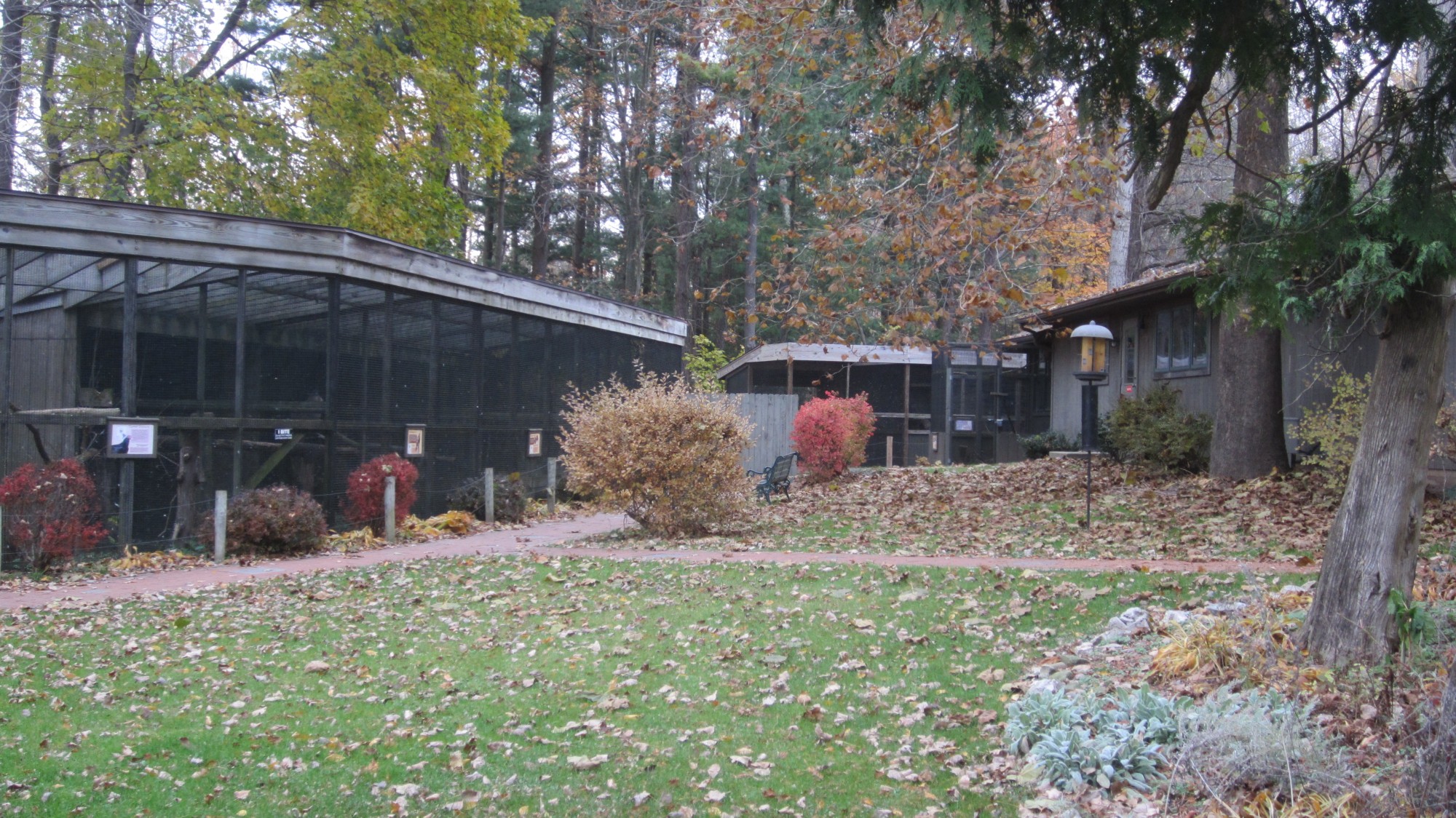 The development of the public facility occurred in stages. Initially trail systems were created,existing buildings were renovated and a parking lot was constructed. This first phase opened the doors of the Sanctuary to the public in 1999 and for summer camps and special events.

Over the following fifteen years a brick walkway, boardwalk and songbird aviary were constructed to make the facility accessible to all individuals. A bird care area and additional display cages were constructed to serve a exponentially growing avian collection and rehabilitative services. In 2009 the scout camp closed and the Sanctuary purchased the 52 acres it had previously leased plus the dining hall structure and an additional 38 acres of valuable habitat. The transfer of ownership of the property  provided OBS a solid future  and the ability to protect the valuable riparian habitat. 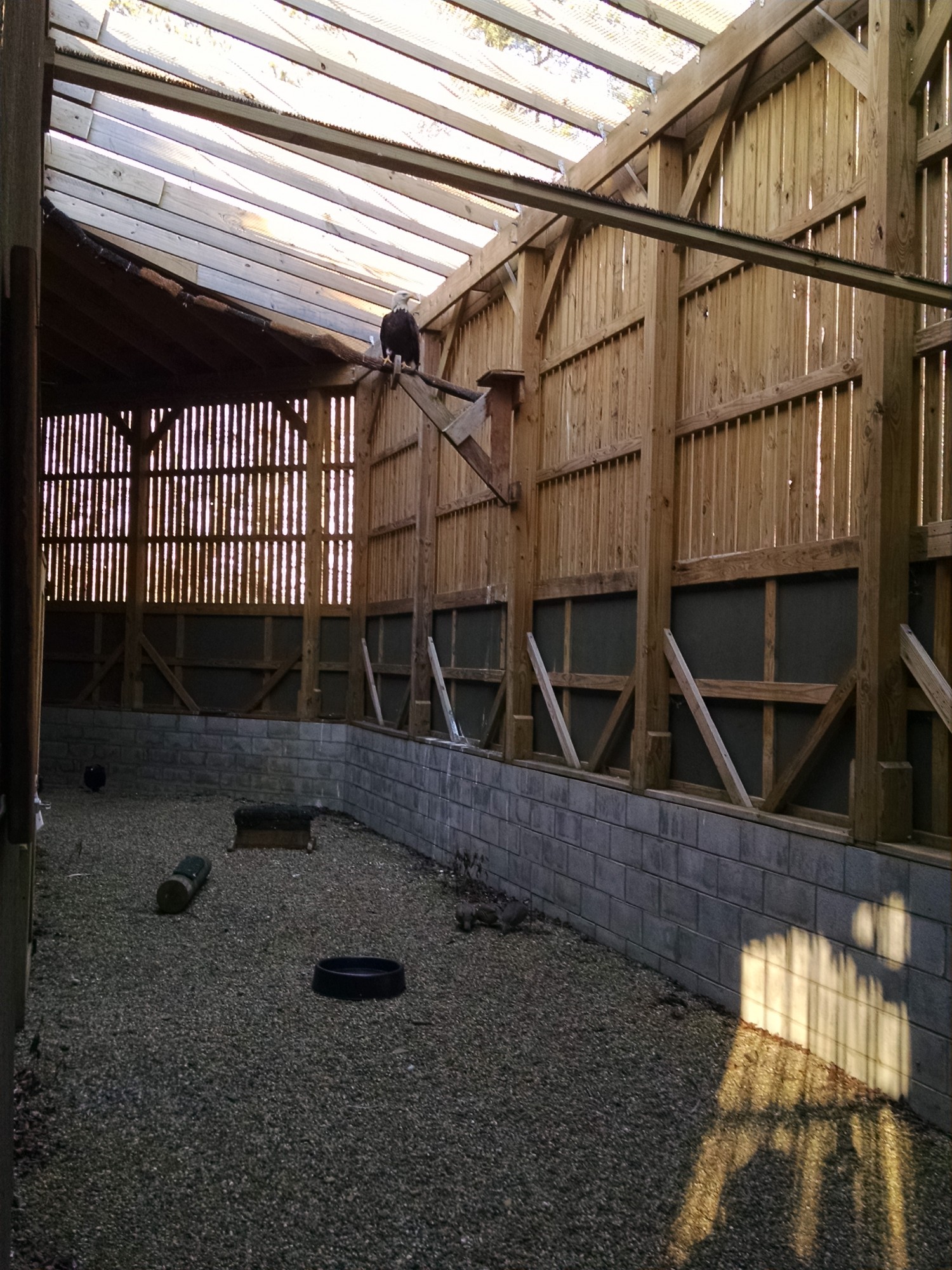 In 2015, a state of the art octagon flight cage was constructed to condition large raptors such as eagles and peregrine for release and the dining hall was renovated into an educational center suitable for hosting school field trips, tour groups and day camps. The Sanctuary was able to successfully raise all funding necessary for the purchase and all renovations without incurring debt. These most recent improvements have provided the Sanctuary with a cohesive facility that efficiently provides professional bird care, personal encounters with nature, educational experiences and seclusion for recovering birds. 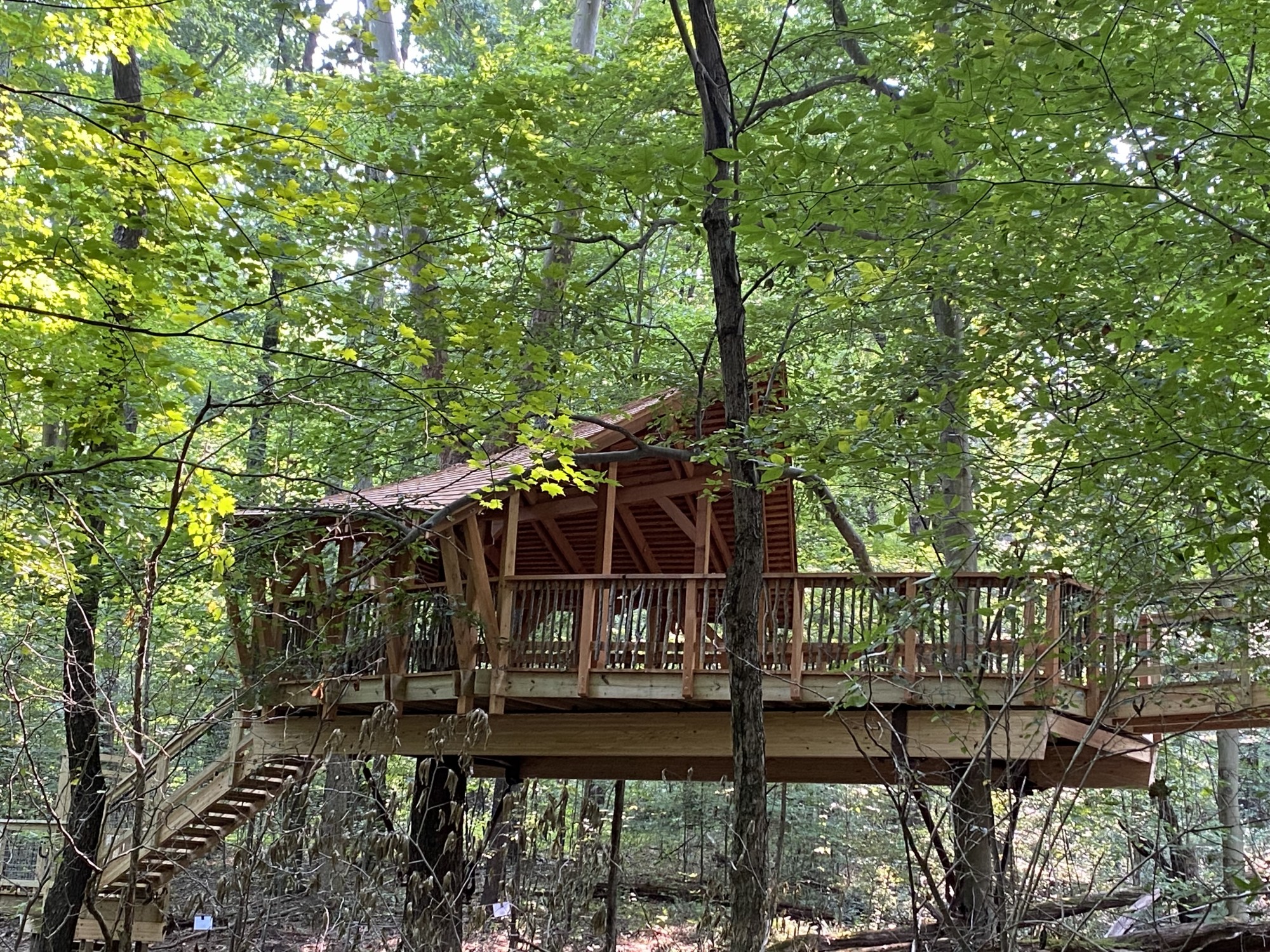 The crew includes carpenters Henry and Charlie Nelson, the twin sons of Pete Nelson. They constructed a 200 foot treetop bridge that will leave from an existing wheelchair accessible field classroom that is linked to the new open-air classroom suspended between a beech and sycamore tree.

Time Lapse of the Build

OBS is Soaring into the Future! 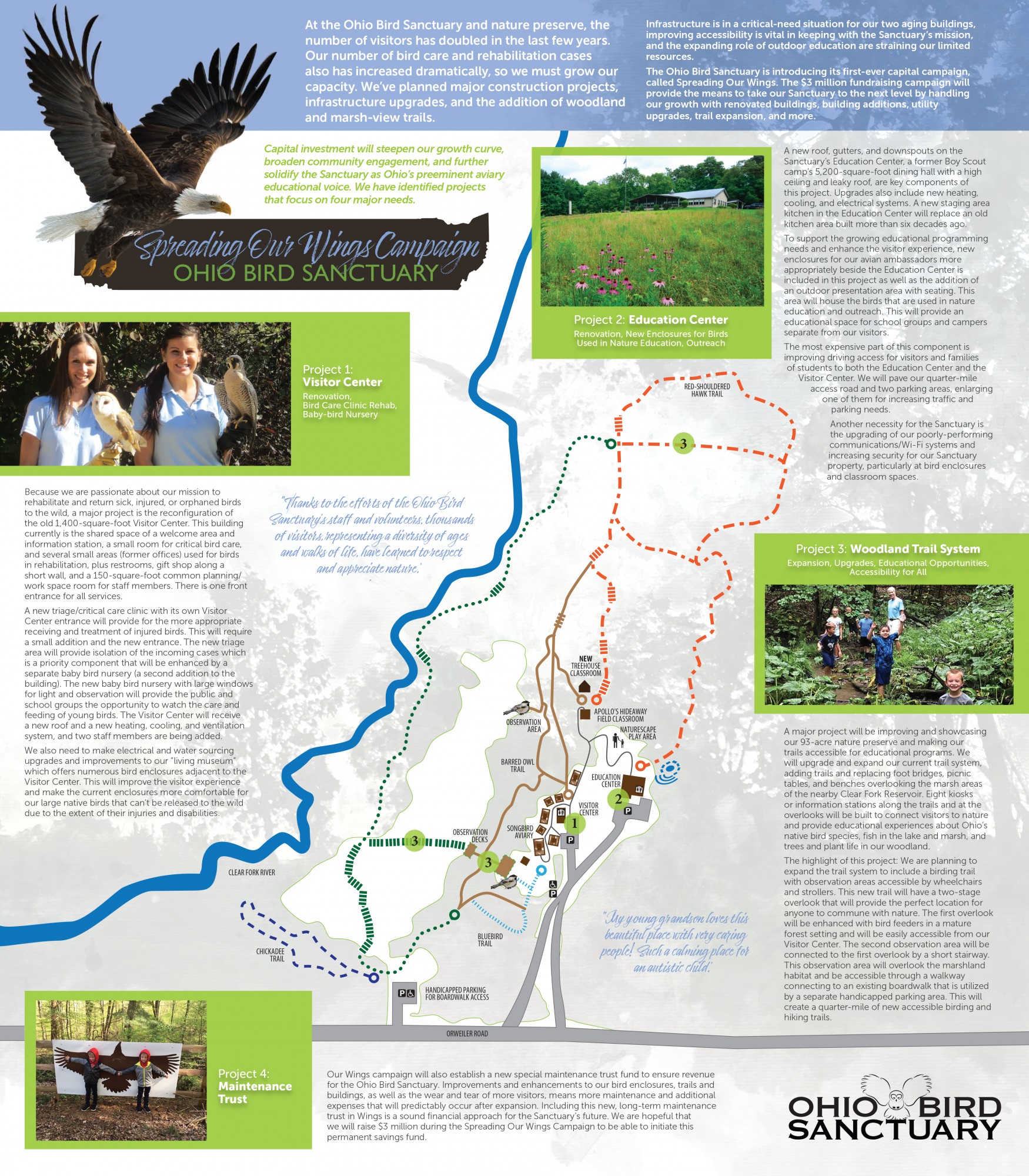 Walking trails are so nice. My 8 year old told me she loved it!
Sarah Stanley Frost