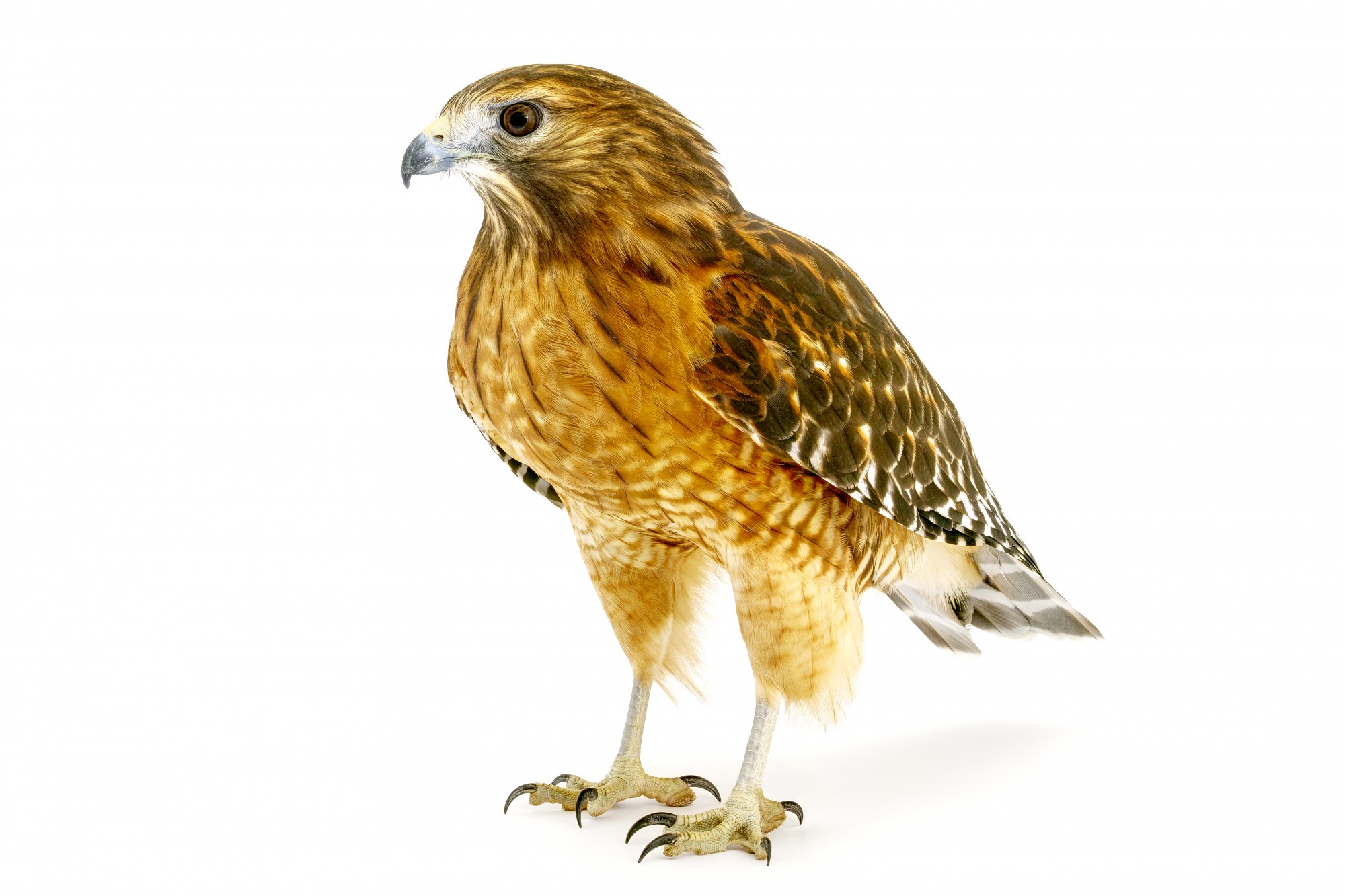 Highlight: Diesel* (Red-shouldered hawk) was retired from the sport of falconry when her handler realized she only wanted to hunt earthworms and grasshoppers instead of sizable prey. Diesel is a human imprint, which means she does not recognize her own species. If you visit on a mild autumn day, you may see the staff flying her in the meadow. 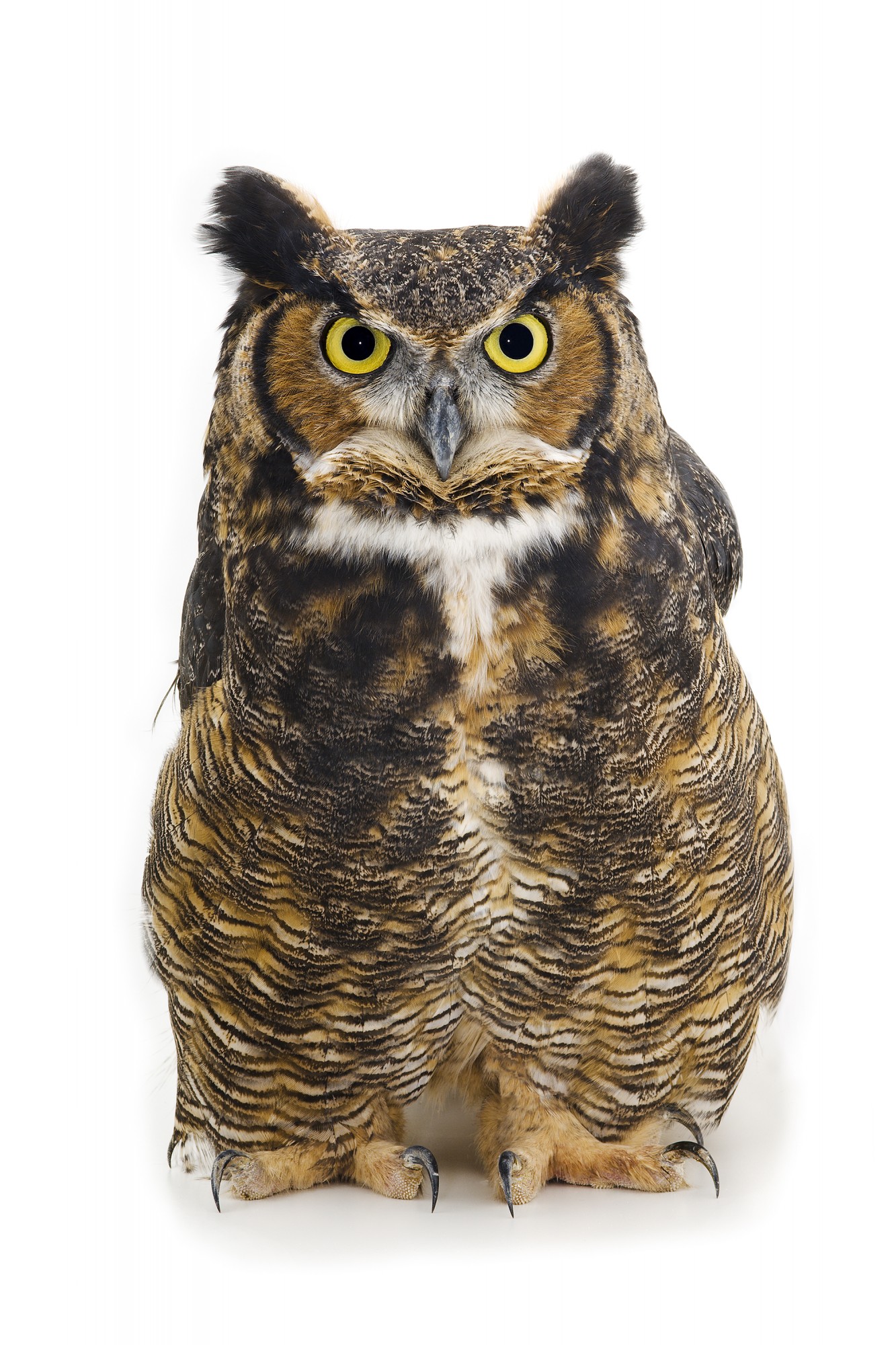 Highlight: Seymour* (Great-horned owl) was brought to OBS as a nestling in the winter of 2004. She had broken her wing after falling from the nest and is unable to fly. Seymour now helps to educate people about the unique adaptations of owls. 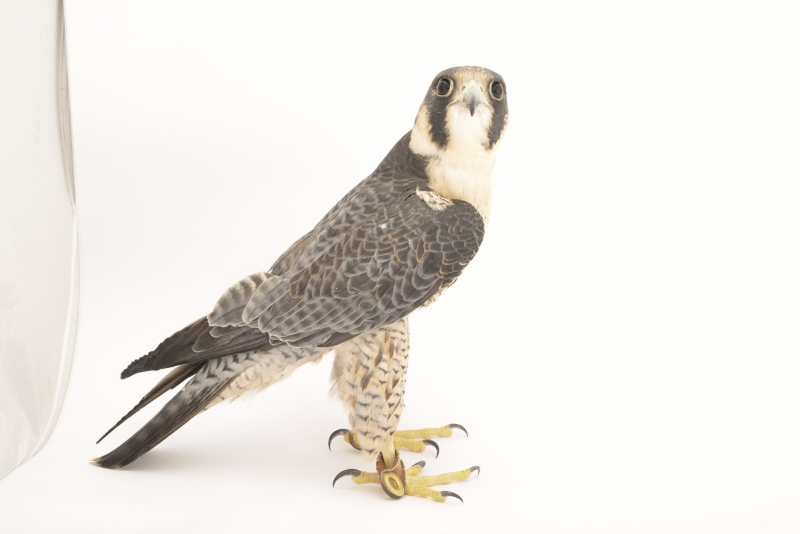 Highlight: Pippin*  (Peregrine falcon) was struck by a vehicle in the fall of 2013 and sustained damage to one of his wings that does not allow him to fly well enough to hunt and survive in the wild. Peregrine falcons in the wild can reach speeds of up to 270 miles per hour in flight. 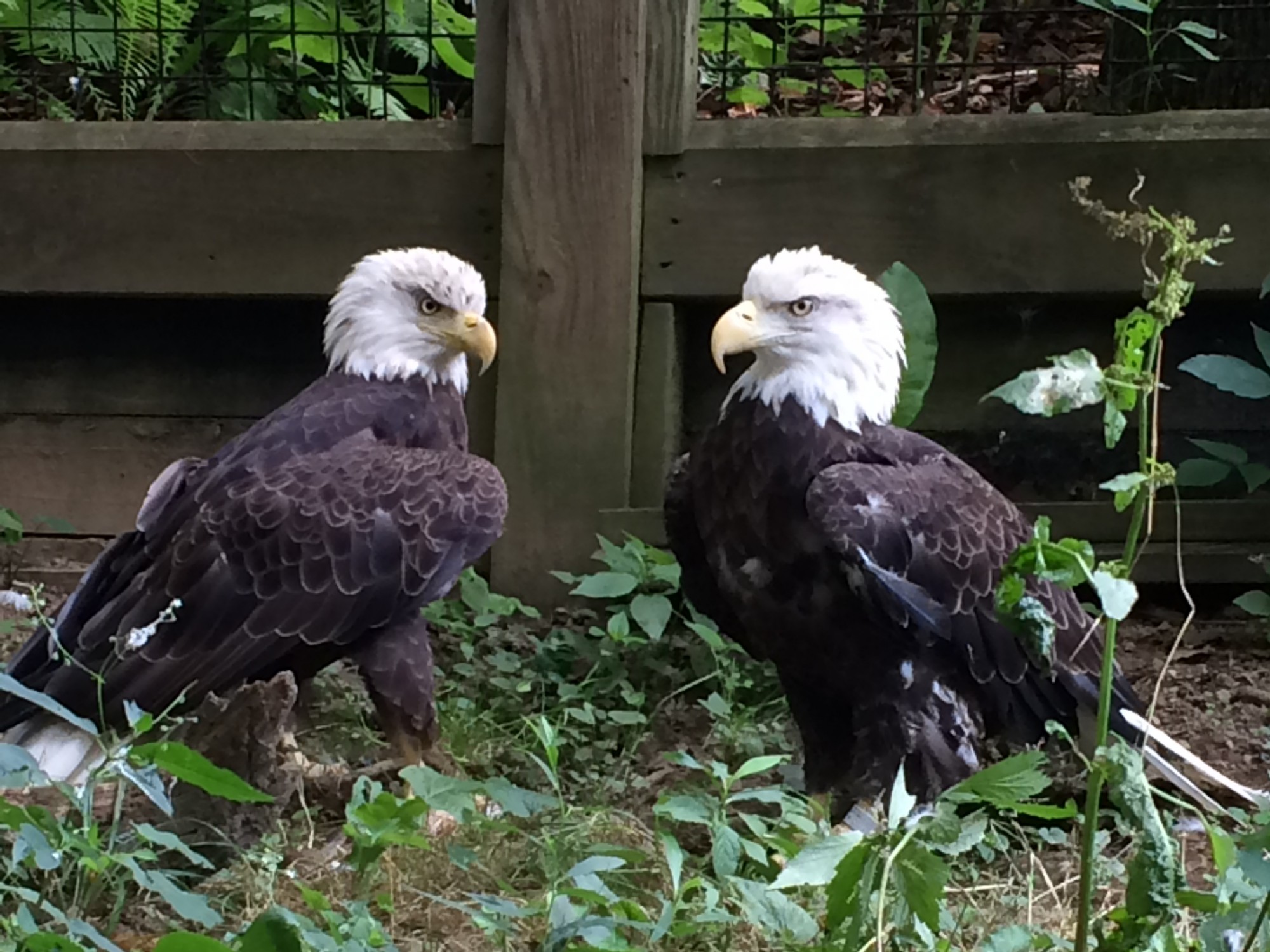 Highlight: Ted (Bald eagle) was brought to OBS in the fall of 2014 after he was struck by a vehicle. He sustained fractures to both of his wings that make him unable to fly. Ted is named after a dedicated OBS volunteer, Ted Eklund. He is a timid bird, but if you are quiet, you can view him in the enclosure that he shares with Gus, who is also a bald eagle. 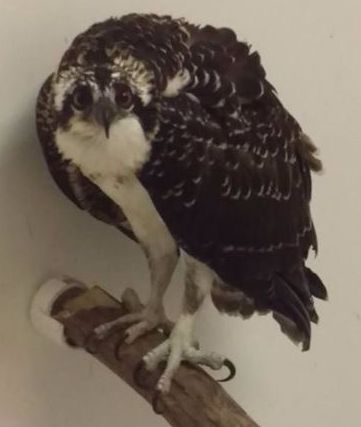 Highlight: Kevin was rescued from the side of the road in the summer of 2016 and brought to OBS. Sometimes we do not know the reason why a bird is downed. Kevin was unable to fly at the time of his rescue. At present, he has questionable vision and survival skills. Osprey are almost exclusively fish-eaters, so if you or anyone you know enjoys fishing, please consider donating whole fish to OBS for Kevin! 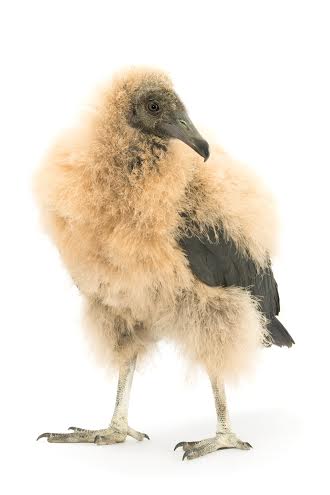 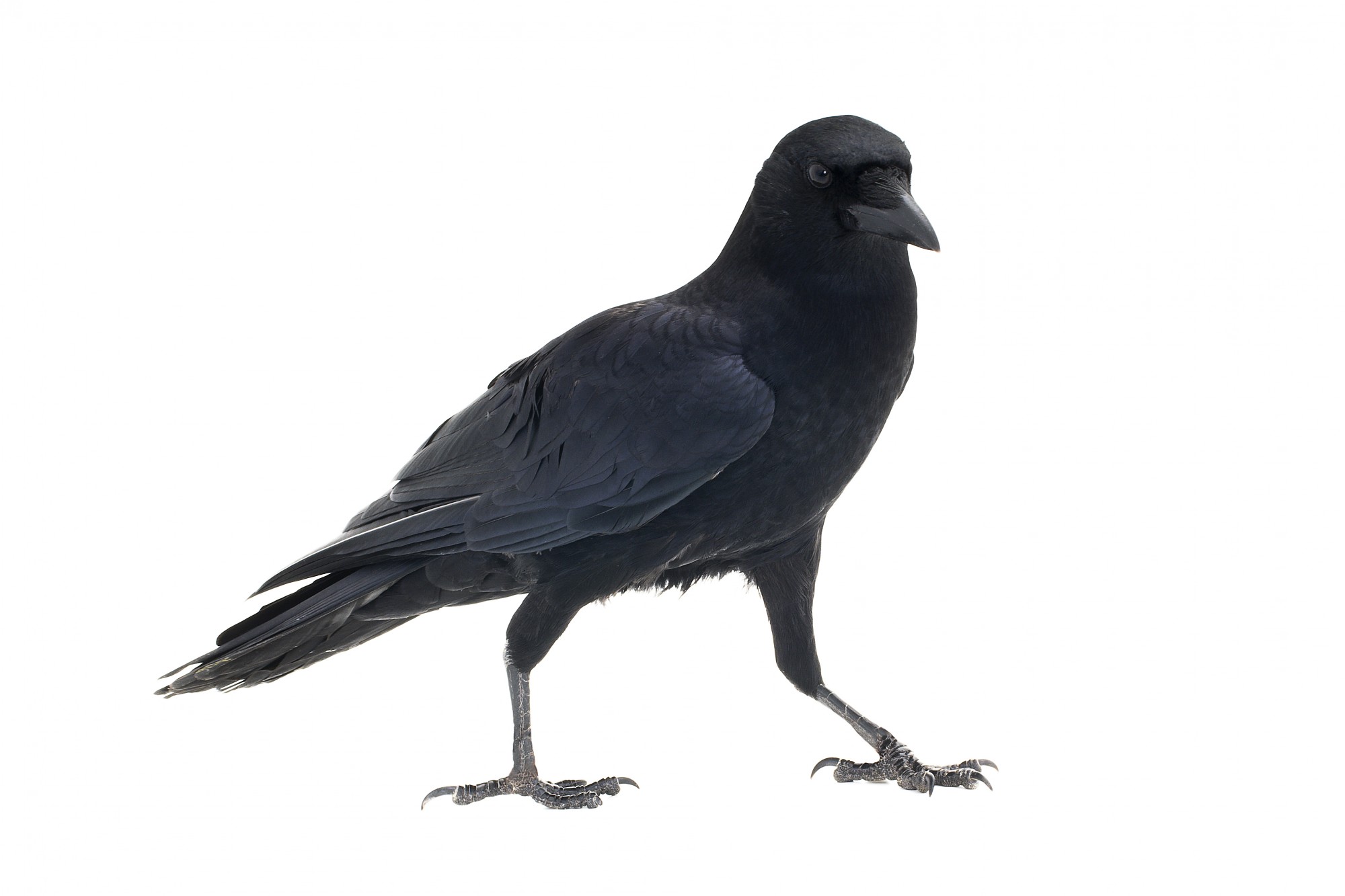 Both of our American crows, Cece and Colee, were illegally hand-raised by humans before being brought to OBS. They are intelligent birds, capable of problem-solving and mimicry. If you visit, you may be lucky enough to hear them say “Hi”. 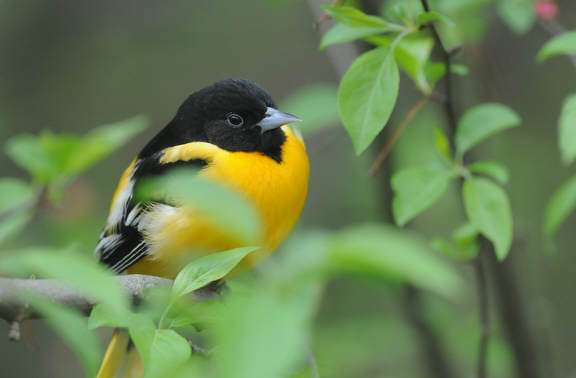 Tangerine* is a Baltimore Oriole. He is one of the three male orioles that inhabit the aviary. He suffered an injury to his shoulder when he was struck by a car. A fan of oranges Tangerine  will also take meal worms from visitors if they sit quietly and earn his trust. 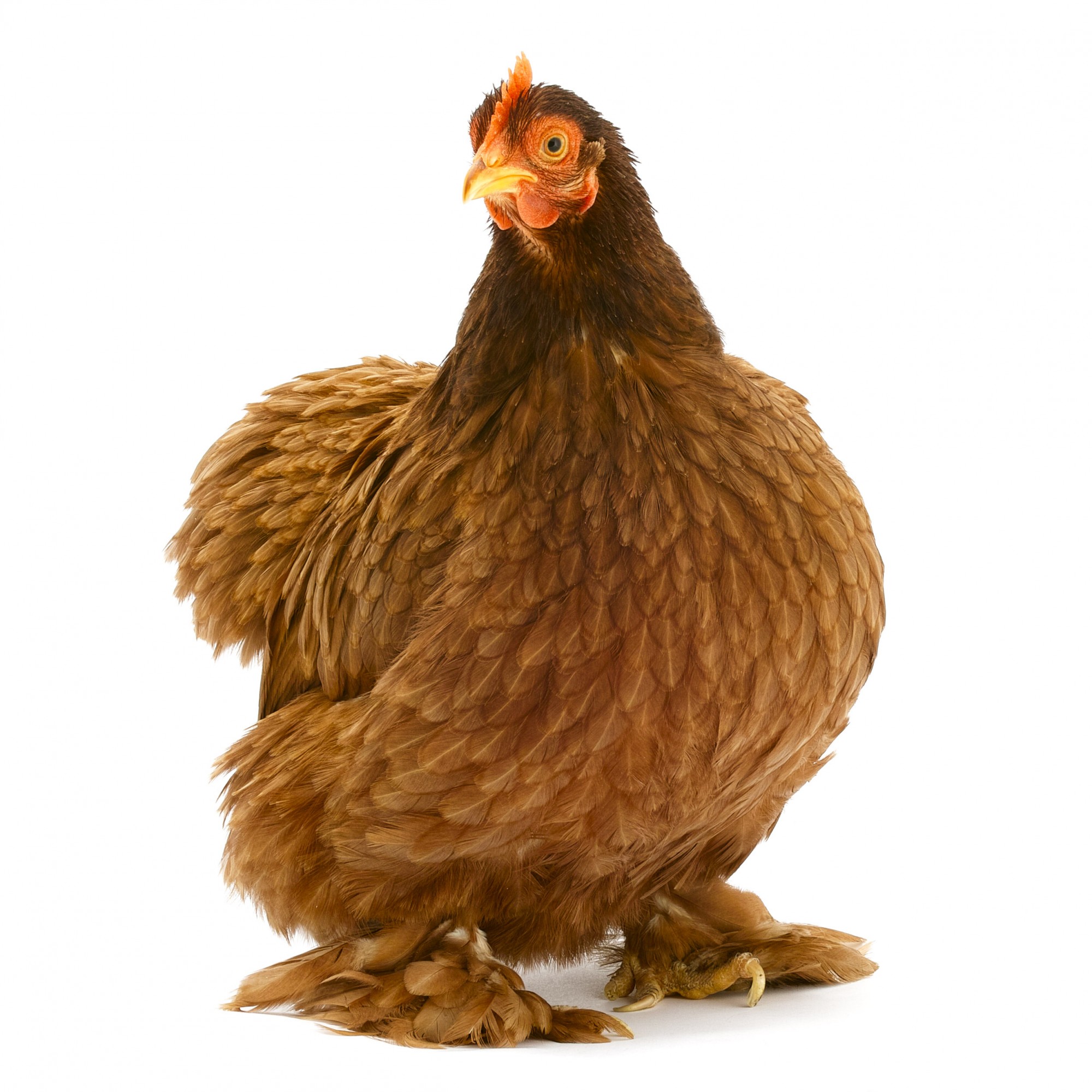 Lucy* & Dolly*: These two chickens are ambassadors for birds as a whole. They travel with our staff to preschools and are also part of our Feathered Friends program. When they are not working, they can be seen wandering around the Visitor Center. 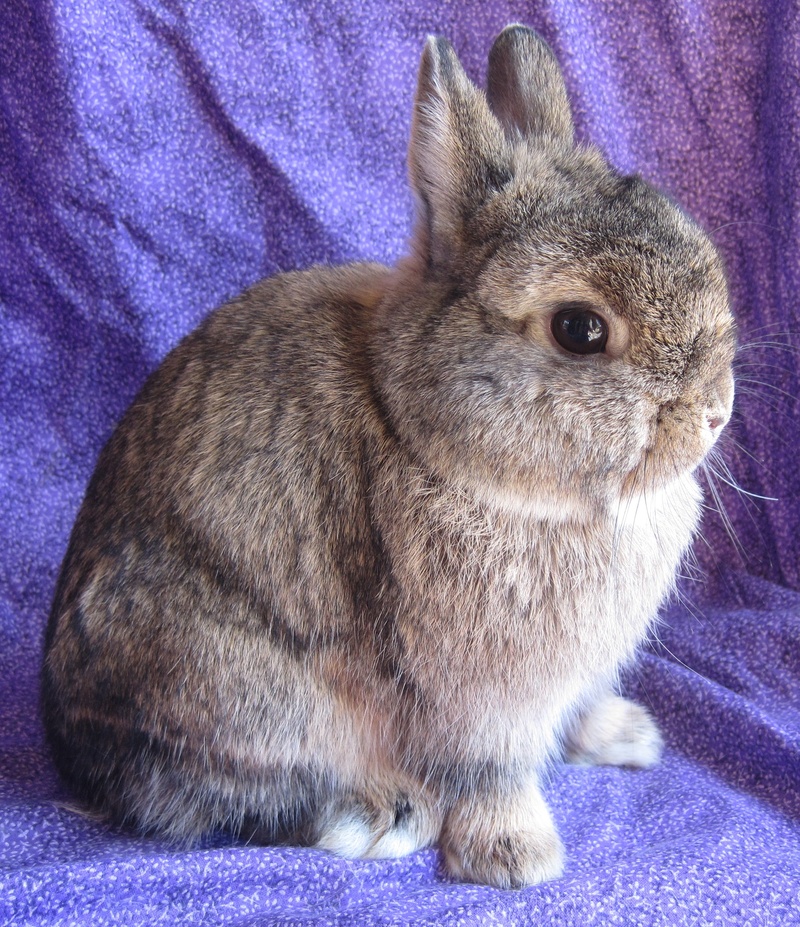 Benjamin* is one of our animal ambassadors. He travels to preschools with our staff to educate students and is also part of our Feathered Friends program. When he is not traveling, he can be seen in the Visitor Center. 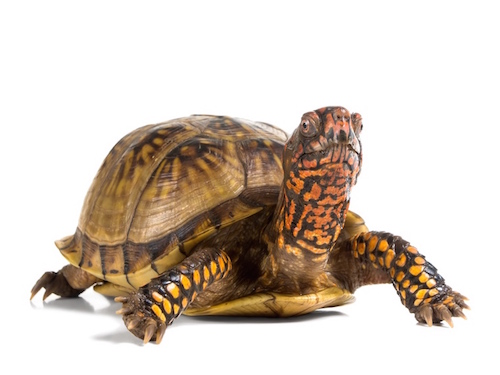 Shelly is one of our animal ambassadors. She accompanies staff to preschools to help educate students about her species.

Morris is the Sanctuary’s longtime resident cat and one of our official greeters. He loves attention and has his own fans who visit OBS just to see him.  Morris surprisingly has no interest in birds and proves to be a deterrent for other stray cats.

Took my eight-year-old son to the "bird encounter" on Saturday. Afterward, we visited the other birds. I don't know if it's possible for him to have more fun.
Paul Zollinger