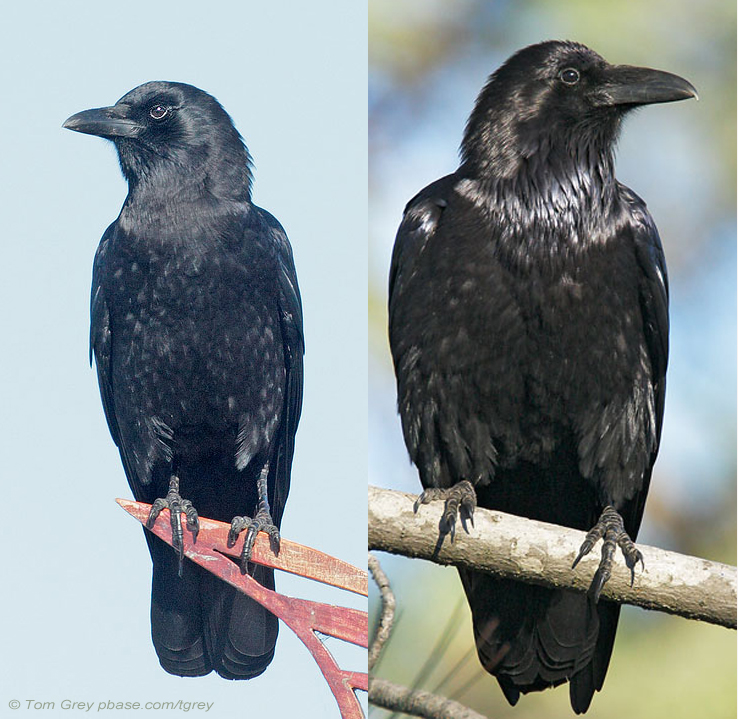 Hey, Did You Know…

Hey, can you tell the difference between an American Crow and a Common Raven? You may know that a raven is larger than a crow, but what else is different? American Crows live all throughout North America, and in parts of Canada during the summer, while the Common Raven lives in the Western half of North America and the upper parts of Canada. Ravens are typically found in pairs and the crows are often found in larger groups. At a closer glance, these two species have different appearances in beak shape, feather type, and call sound. When you’re out and about, this diagram can help you determine whether or not you’ve seen an American Crow or a Common Raven. Click on the link below to hear the different sounds these two birds can make. 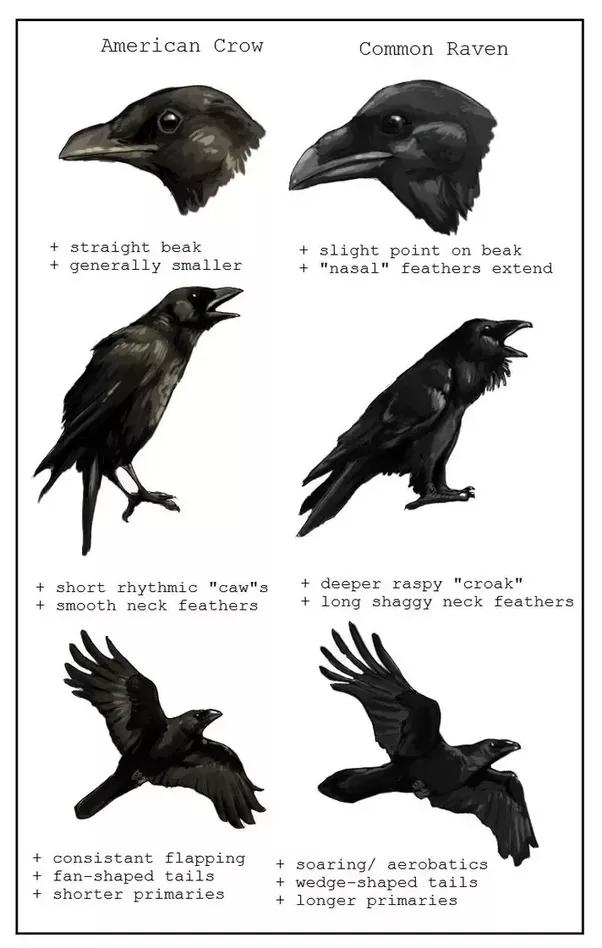 -Ravens and crows are extremely good at facial recognition, and mimicking, and have great memories.

-A group of crows is called “a murder” which mostly got it’s name from folktales and superstitions.

-Young crows have blue eyes which slowly darken as they get older.

-Ravens use certain gestures such as holding their beaks in a certain position or holding up different objects to communicate with other birds and get their attention.

« Back to An Intern's Eye View
I bring my kids here once a year and we spend hours here. It is so much fun and a great learning experience.
Erin Elaine