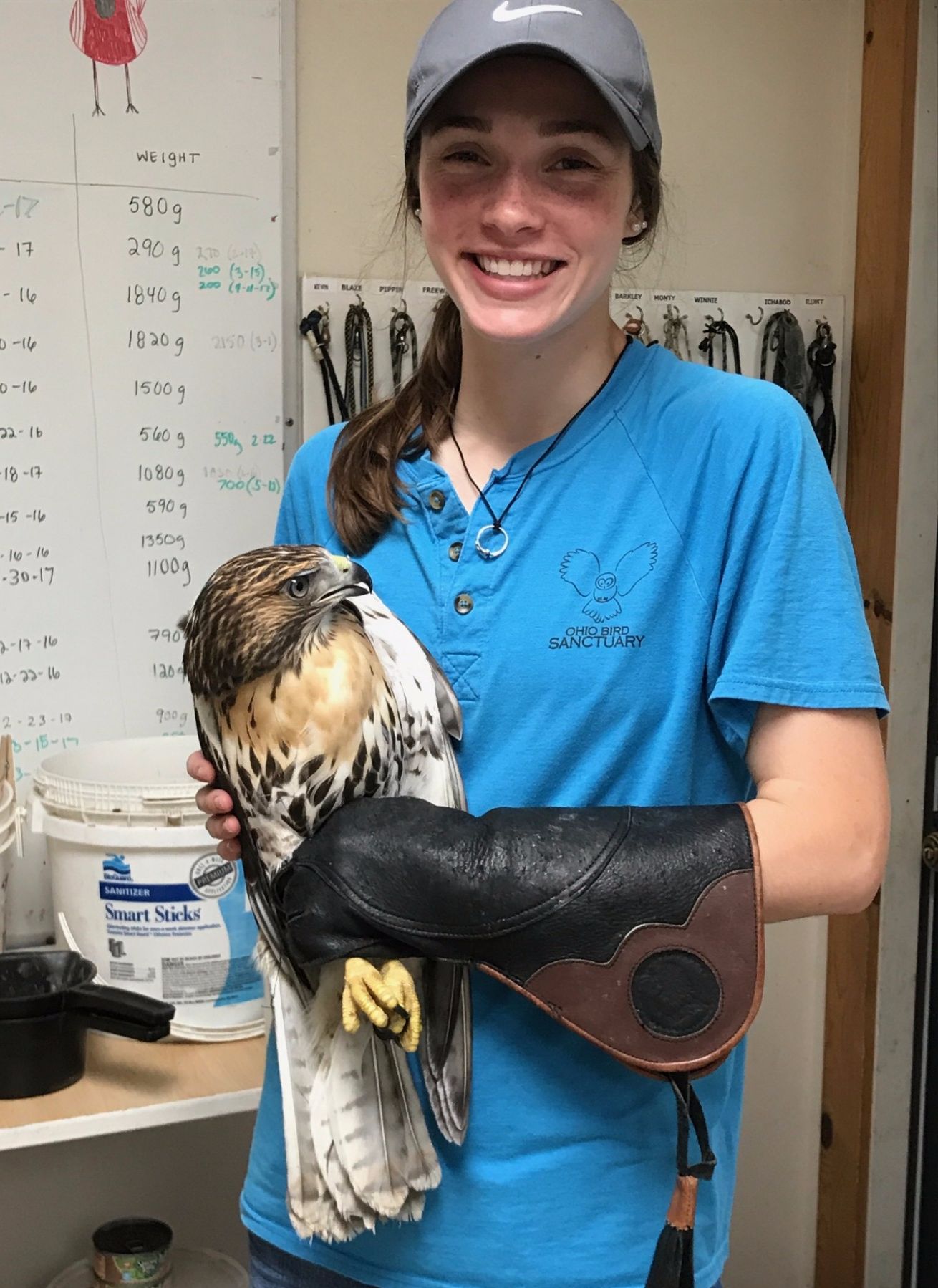 One of the most rewarding parts of wildlife rehabilitation is releasing animals back into the wild! During the past couple weeks, we have had the pleasure of releasing three Red-Tailed Hawks, three Eastern Screech Owls, and several song birds including Robins, Blue Jays, and a Bluebird.

When a bird is brought into the Ohio Bird Sanctuary, the first thing we do is evaluate it. We look for injuries and signs of illness. Sometimes the bird is just too young to survive on its own. Next, we provide treatment. This could include administering medication, stabilizing a fracture, or bandaging a wound. 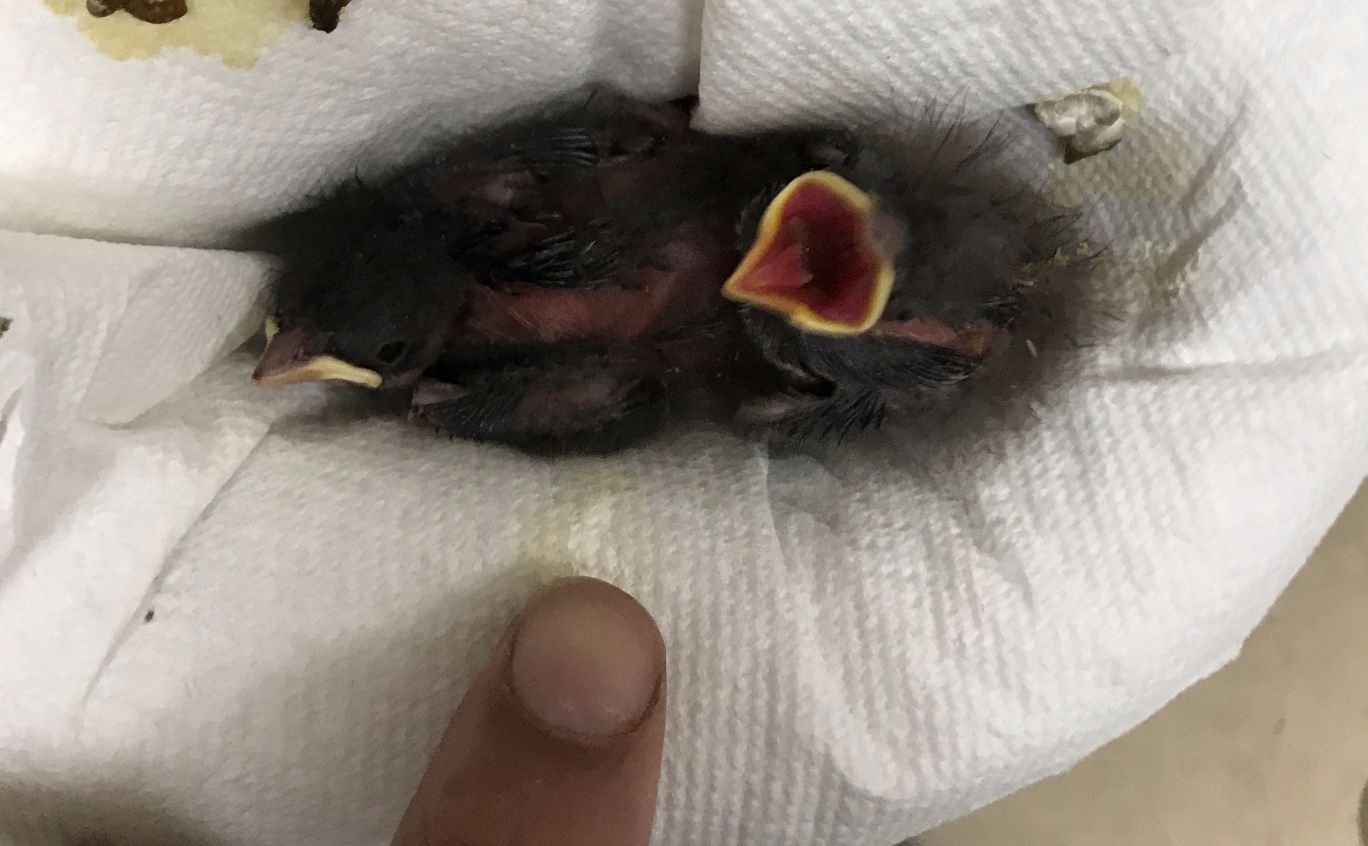 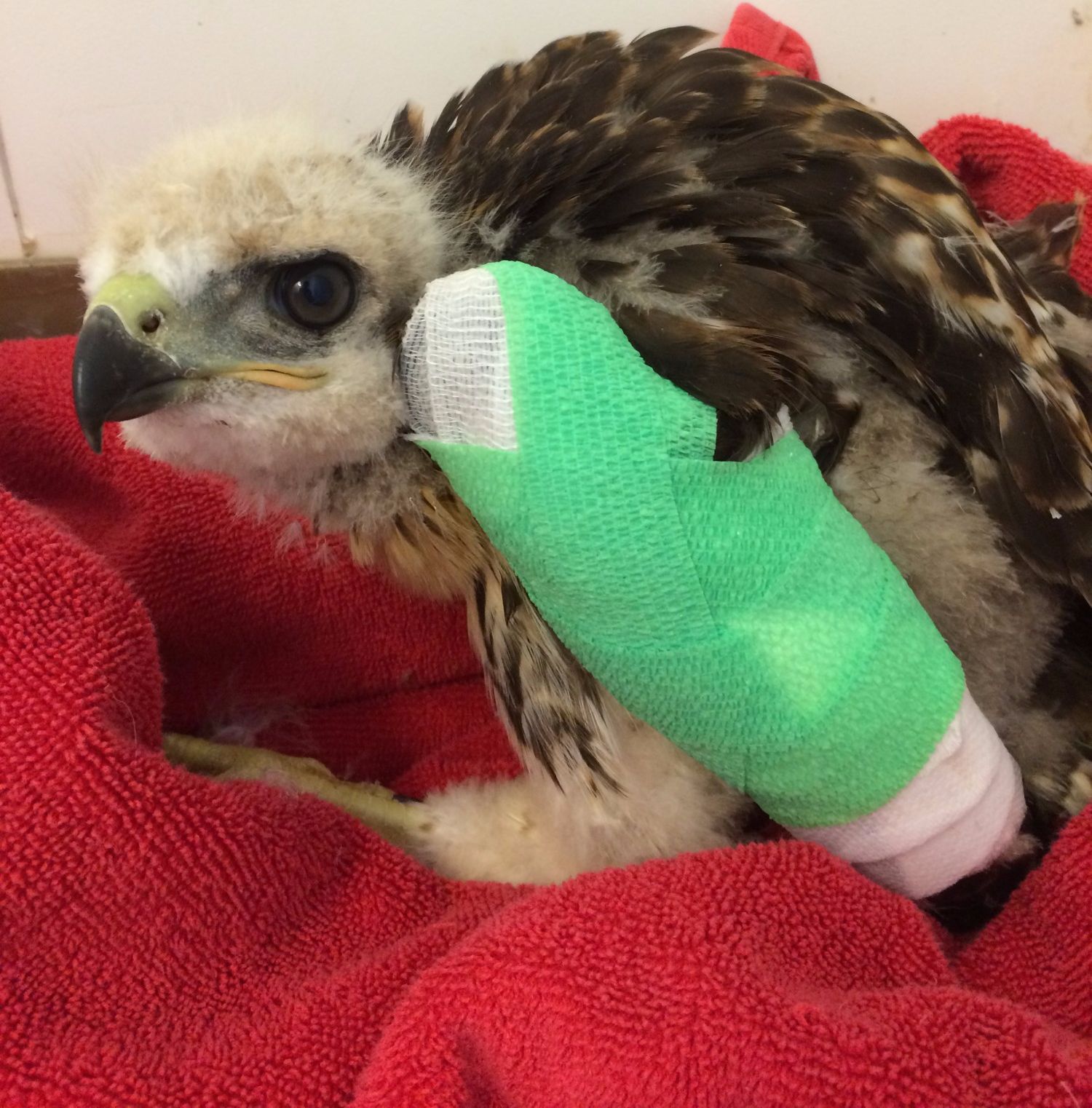 The next part can be the hardest—we wait. We continue to care for the bird as it rests, heals, or gets older (if it is a baby).  During this time, the bird stays inside our building in a small room or enclosure. As the bird continues to heal or get older, we move the bird into larger spaces giving it the ability to exercise more. Once we are confident in the bird’s progress, it can be moved outside. For our songbirds, we have weathering cages. These large enclosures give the birds plenty of room to fly and allow the birds to readjust to living outside. For larger birds such as hawks and eagles, we move them into our flight cage (pictured below). The flight cage is a large, octagon-shaped building that permits continuous flight and exposure to the outdoors.

Then comes the best part! Once we are confident that the bird is ready to be released, we schedule its return to the wild! For songbirds, we do a soft release by opening a door to the weathering cage. We leave food out for them, and they can come and go as they please until they decide to leave for good. For many of the raptors, we contact the person who brought the bird in to come pick it up and release it. This way the bird can be released in its home territory. Pictured below are a few of the birds we released recently! 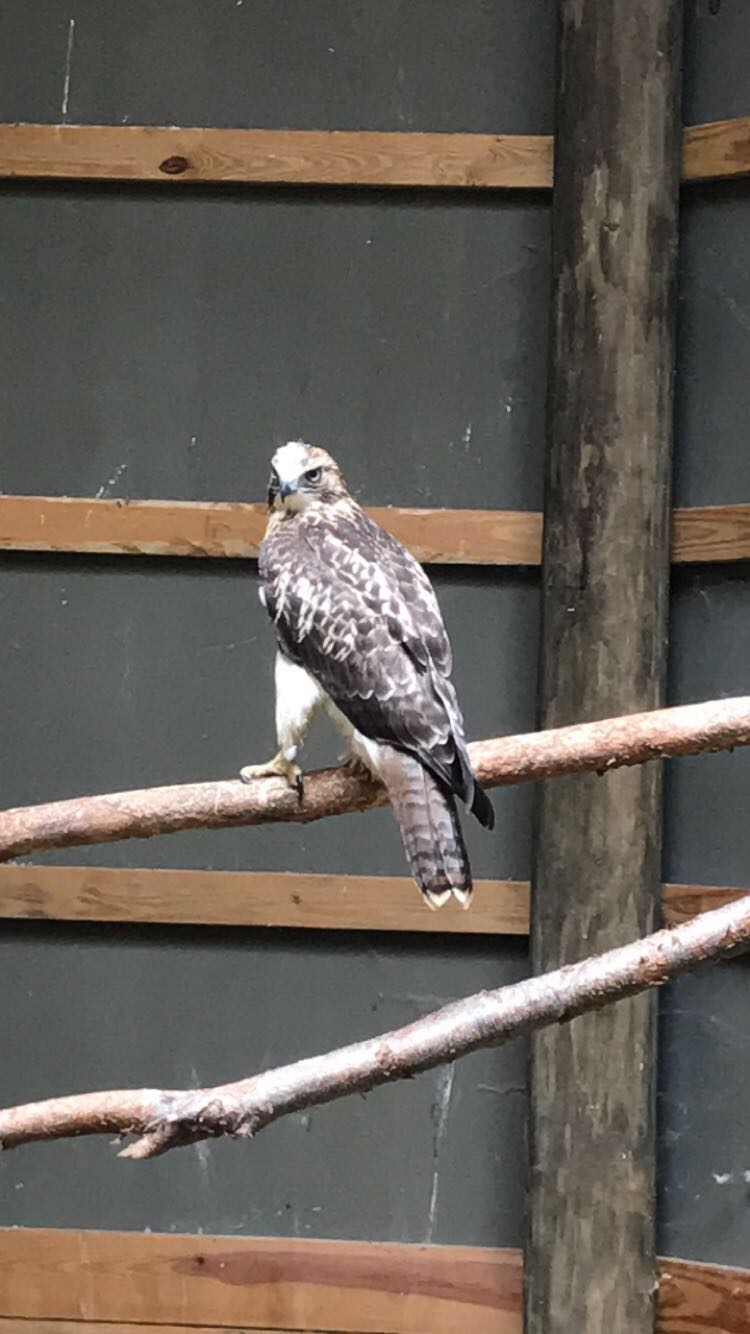 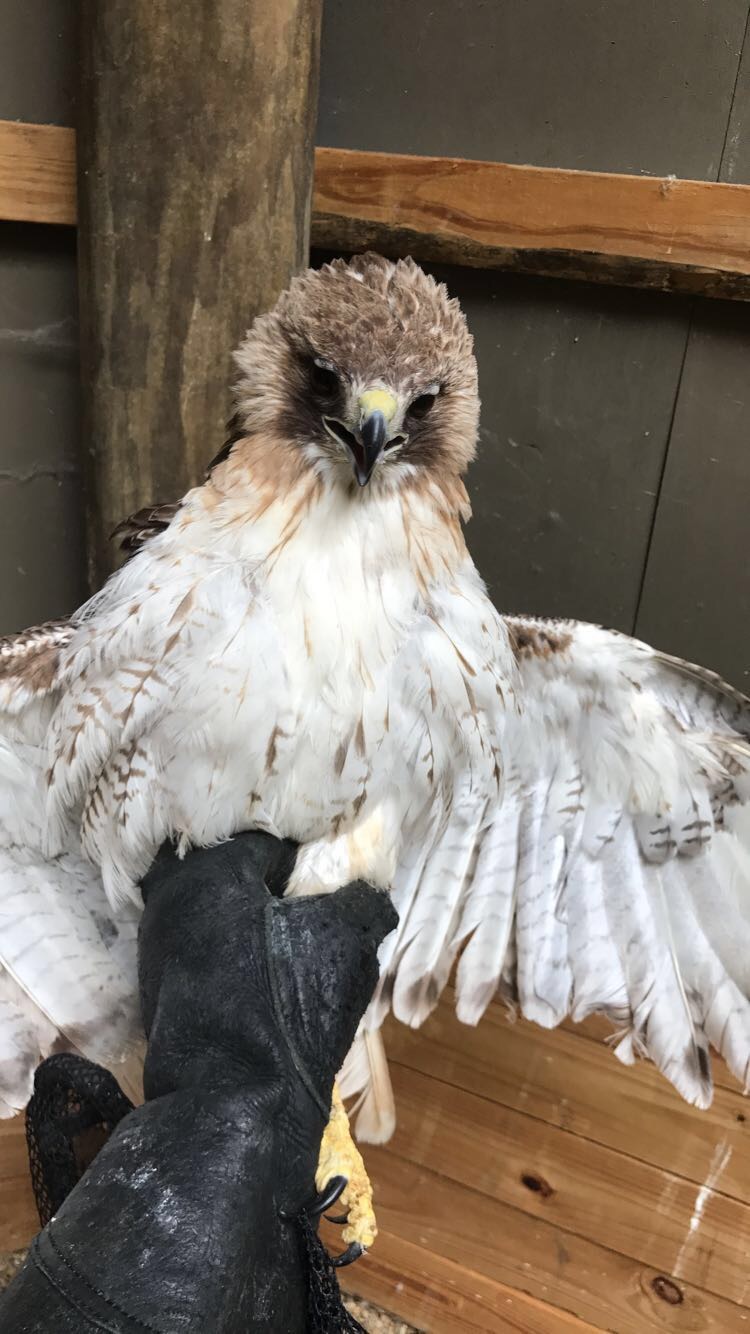 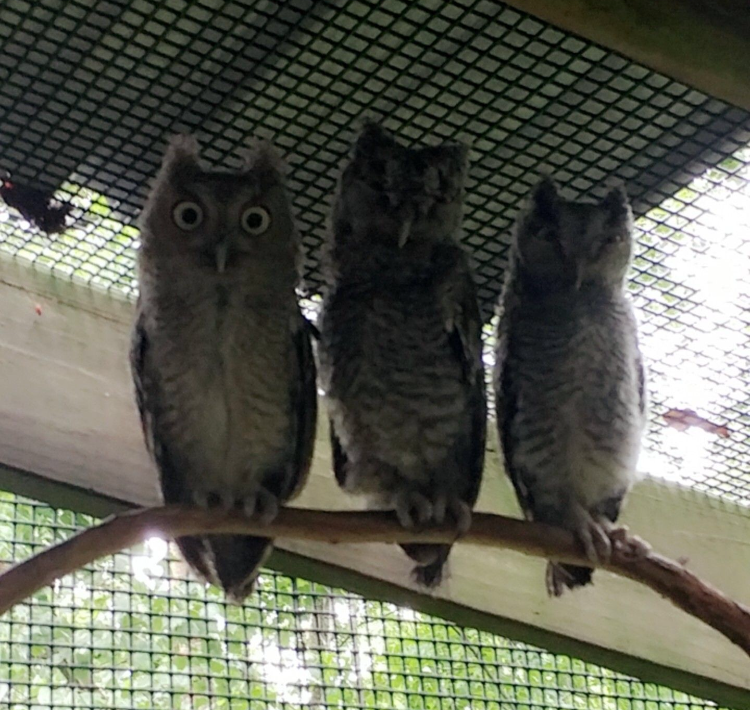 The entire rehabilitation process can take anywhere from a week to many months! Each case is a little different, but every bird's release back into the wild is equally exciting!

« Back to An Intern's Eye View
My daughter and I have visited OBS at least a dozen times to enjoy trails and special events. Always awesome!
Patrick Shira