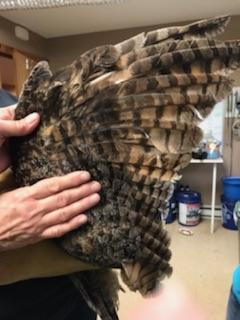 Our first blog in January featured a Great horned owl who was missing several of her primary feathers, which are essential for flight. This past weekend, we were able to complete the process of "imping" (implanting feathers) and give this bird a few new feathers to speed up her release. In this week's blog, we'll take you through the process and include several pictures!

The first step in the process involved procuring the feathers that we would need to implant. We had a couple of Great horned owls come in over the past few months that did not make it, so we were able to take feathers from these bodies to use for our current owl. 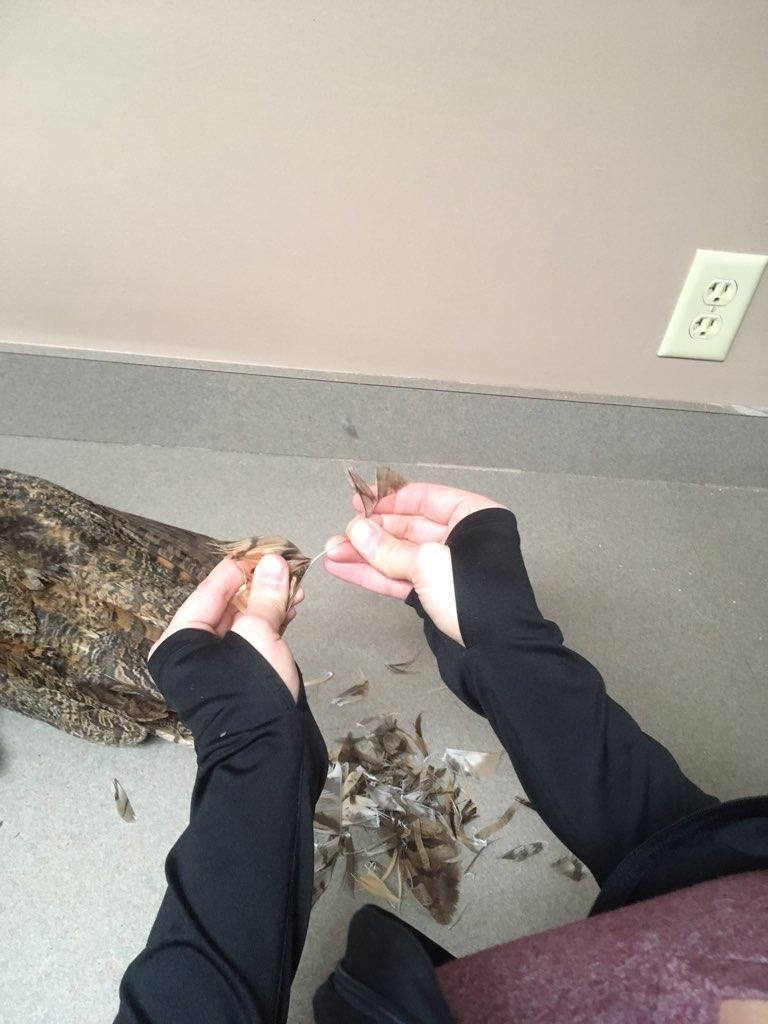 Then we traced around our owl's good wing with a marker on a large piece of paper. We flip the paper wing over to give us a reference point for the shape and proportion of the wing we are working on. Since wings are symmetrical, the good left wing tells us what the right wing should look like when we're done. 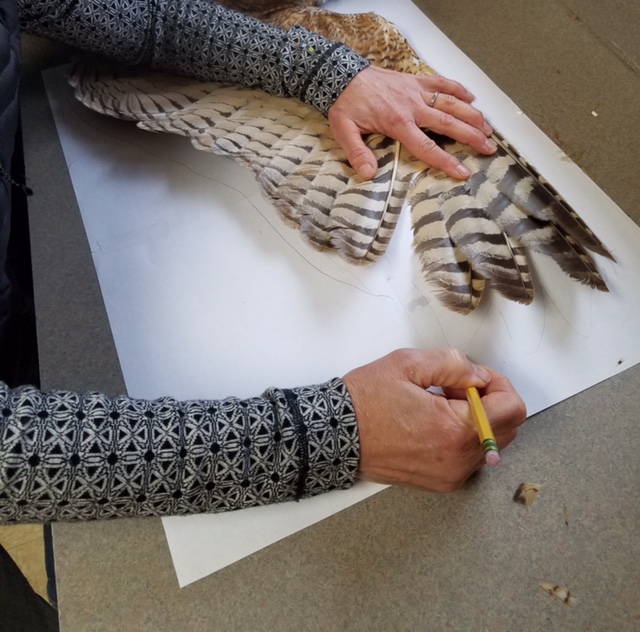 After choosing the best primary feathers, we took several other feathers that we then stripped down to the shaft. The bare shaft, pictured on the right, acts as the bridge to join the implanted feather to our owl's feather shaft still attached to its body. A feather shaft is hollow, so we insert one end of our bridge into the feather and the other into the owl's broken shaft (where it's own feather was broken off). 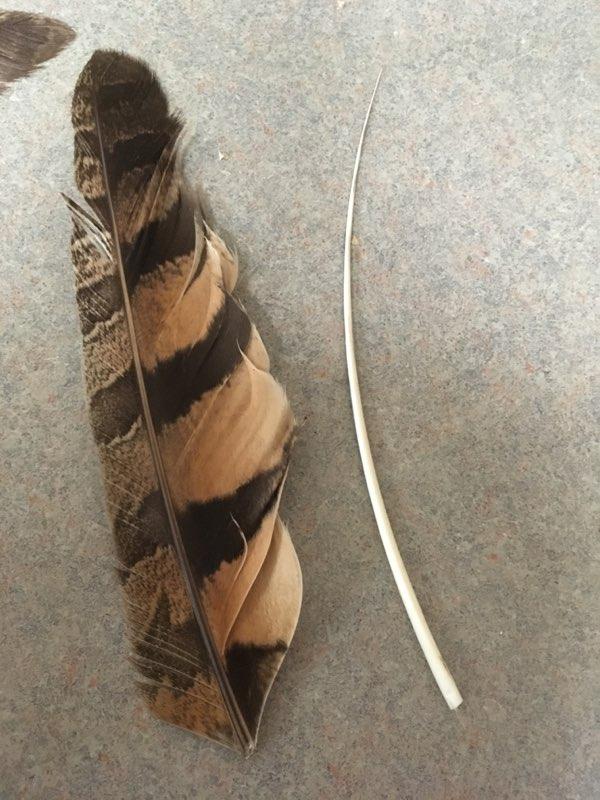 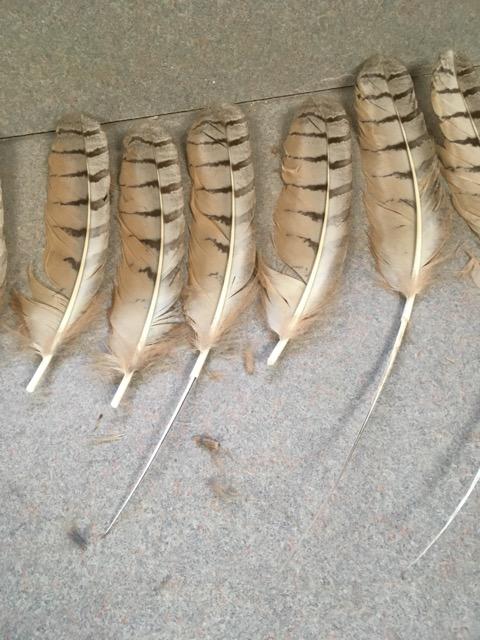 We superglue on both ends to hold everything in place. 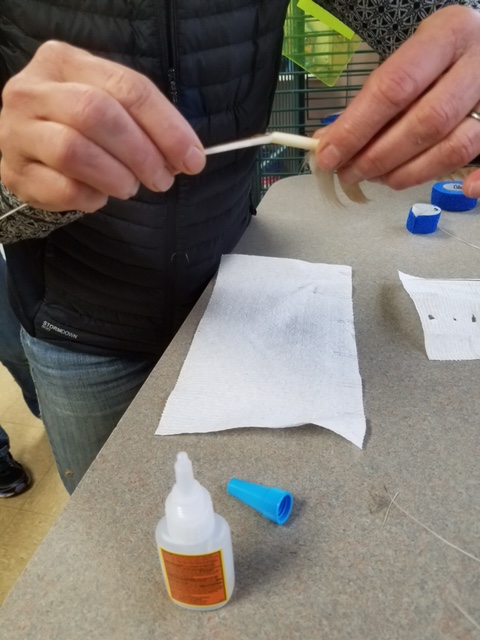 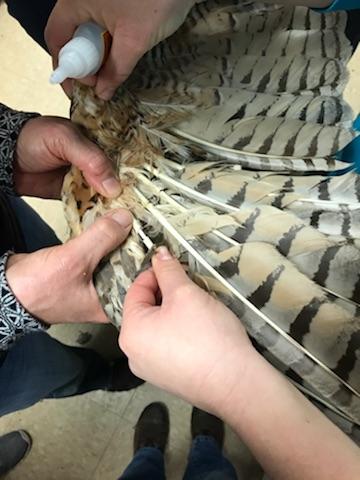 We repeat this process seven times until we have all of the feathers implanted and the owl has a wing that is almost whole again! There were two feathers that were broken off so close to the owl's body that we could not do anything about them; there was simply not enough of the shaft left. The bird should be fine until it molts those feathers in.

When this bird does molt, the implanted feathers will simply be pushed out by the new feathers.

As of right now, everything has stayed in place and this owl is flying!  Since she has been not flying for a few months now, her flight takes a lot of effort and she has to build up muscle again before she can be released.  We will have her for a few more weeks until we know she is flying effortlessly.

« Back to Takeover Tuesday
Make it a weekend with all there is to see and do in Richland County!
Steve Haring
Bellville Ohio